Healing Music Inspired by the Isle of Iona

Through Christina’s magical music, experience the mystery of the tiny sacred island of Iona, located off the wild western coast of Scotland.

Christina stretches the possibilities of what the Celtic harp can do! Delicious sounds that are both romantic and soothing.

“It is with great pleasure that I share the inspirations that brought forth the music for this album.

In April of 2007 I journeyed to the Isle of Iona off the western coast of Scotland for a silent retreat. Roughly 3.5 miles long and one mile wide, this tiny island lies off the west of Mull. Iona is sacred ground and full of history. St. Columba landed there in 563 A.D. and set up a monastery on the island, where The Book of Kells was illuminated.

Having the opportunity of entering into a silent retreat on the Isle of Iona for a week was a true gift of grace. Each day we spent time in contemplation and the only words spoken during the week were the holy words of the Fuinn (plural) – the beautiful Fonn of Gaelic sacred chant – not only a song or chant, but a state of mind and the land itself.

This enabled each of us ten attendees to listen to the sounds of nature, go into the beauty of the pink and green marble pebbles on the beach, and hear the conversations of the lambs with their mothers – I heard these sounds while I looked at the rays of the clouds reaching toward heaven.

Each of the songs here represent the various special places on the Island. There are songs inspired by a summer afternoon walk in the meadows, passing by the Fairy Mound and climbing up to the Well of Eternal Youth.

The glow of the light on the water inspired the very romantic In The Glow selection, while the clouds opening up to the heavens created the setting for the 4th octave overtone piece, The Sky’s Invitation.

Green marble and pink granite stones adorn the west side of the island facing out to the Atlantic ocean, providing the backdrop for the beautiful Stones piece and Fingal’s Cave. With the artistry of Steve Kujala (flute), Charles Eller (keyboards) and guitarists Peter Sprague and David Eastoe, many songs have rich harmonies added to the harp.

Another of my compositions, enhanced by the skillful work of David Eastoe on the keyboard, encompasses three different keys of music. Hopefully, this allows people with various resonant tones to experience, for a moment, one of the overtone sounds that might resonate with them and provide an experience of deep space and peace.

To top off the album, a couple of selections have the gorgeous chanting voice of Buvana Gerlach and some soft spoken Gaelic by Fionntulach – teacher of the Ceile De tradition on the Island.” – Christina Tourin

This Inspirations CD is also available along with the companion music book of these songs – here
The music is arranged for harp or piano at two skill-levels: beginner or intermediate. Some arrangements also include parts for flute and cello as well as keyboard or harp.

Track listing: (CLICK on the track to jump to another part of the sample…)

All compositions by Christina Tourin with exception of:
– Fingal’s Cave by F Mendelssohn
– BunessanMorning Has Broken – Gaelic words by Eleanor Farjeon
– Child In The Manger(Hymn) – Gaelic by Mrs. M. MacDonald (Mull)
– May The Roads Rise Up To Meet You by Michael Lynch, © by Raven Music Company 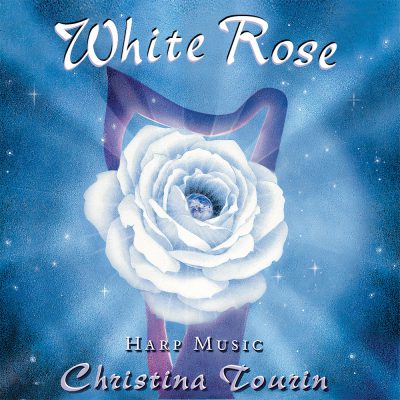 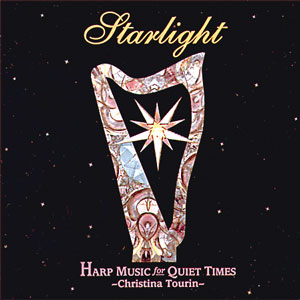 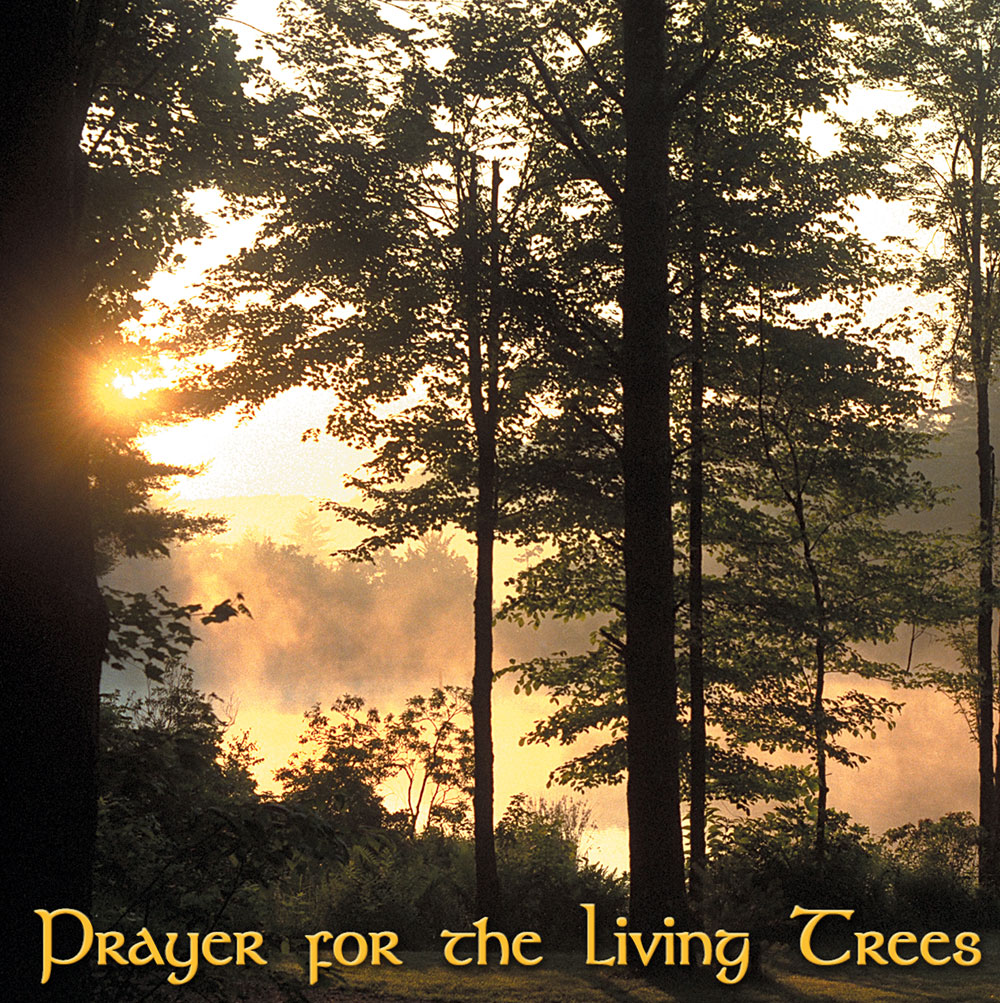 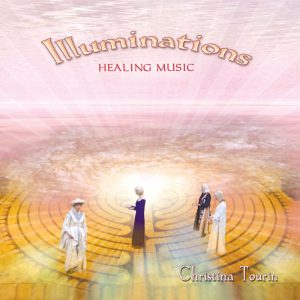 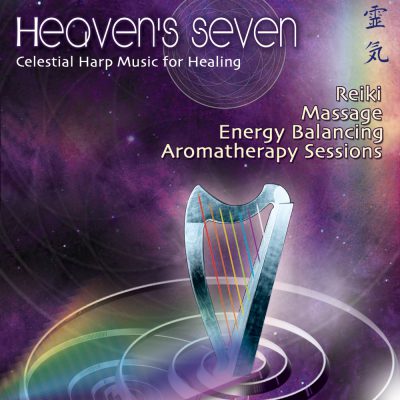 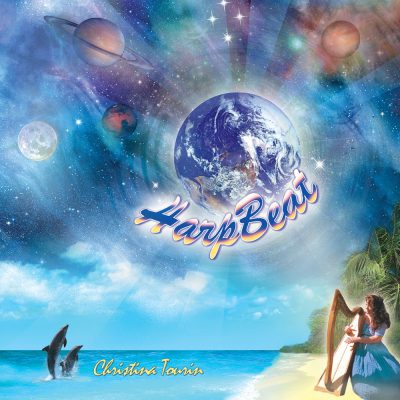 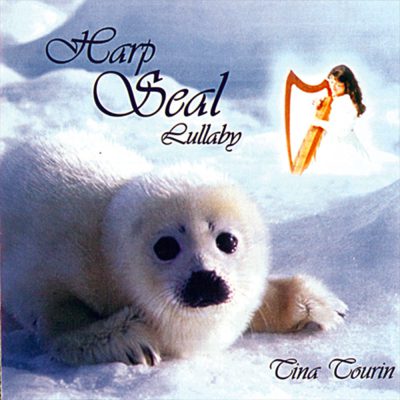 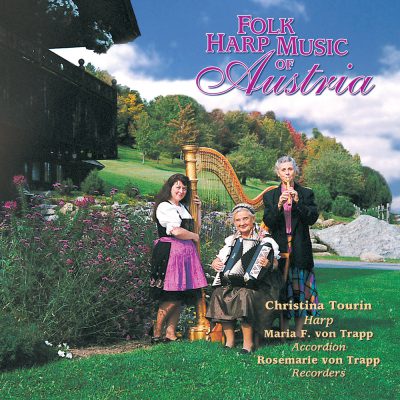 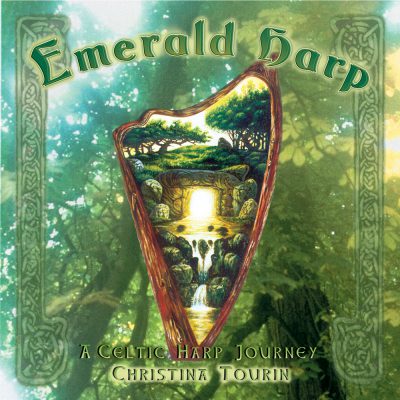 Listen to some samples of Christina’s Recordings

There are no reviews yet.

Be the first to review “Iona Inspirations” Cancel reply